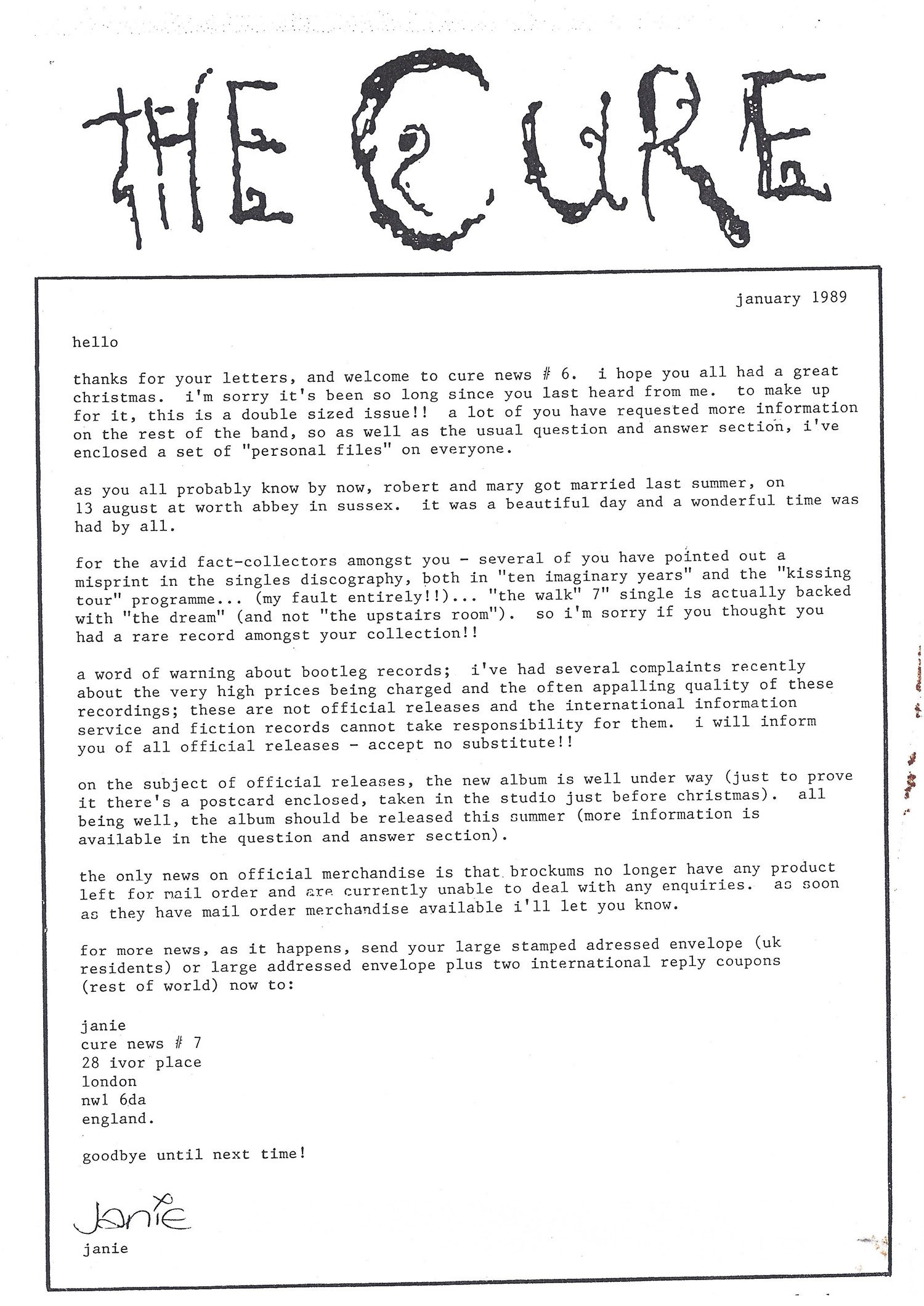 Issue 6 was put together by Janie and featured Robert's answers to fans' questions, along with news on recording the new album (which became Disintegration) and a free postcard size photograph taken at the Horse Stables Market in Camden, London. It also included personal files on Robert, Simon, Porl, Laurence, Boris and Roger, and Robert's inspirations behind Seventeen Seconds.