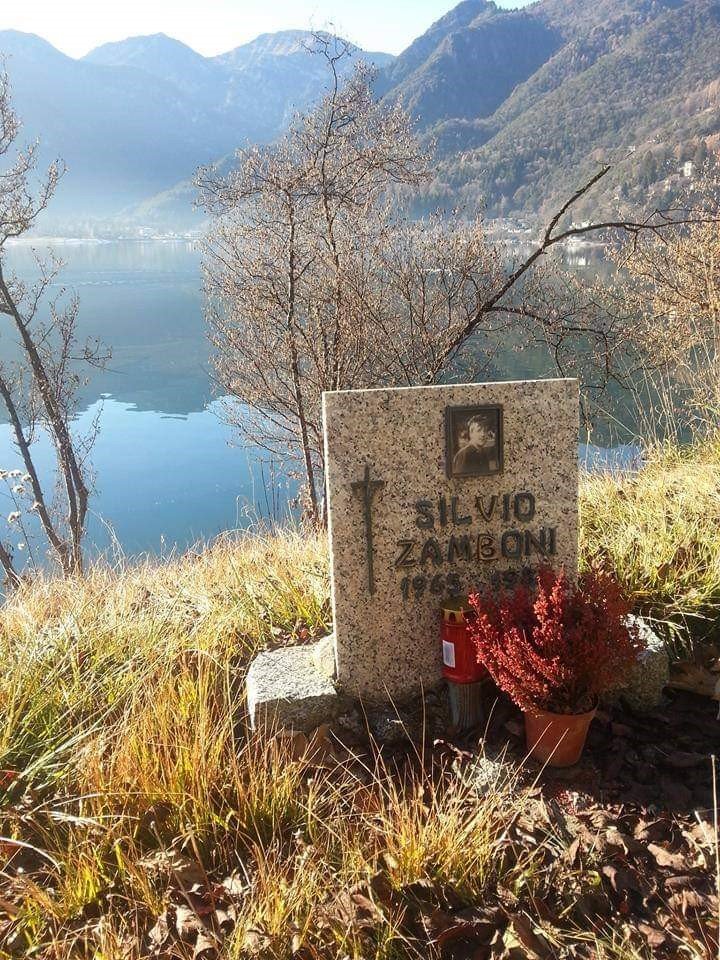 This is the story of my encounter with the music of the Cure, but it is also the story of a boy I never knew.

It was the summer of 1986, it was the time of vinyl and music tapes with which we passed the music amongst friends, my 5 years older sister came home with this tape that caught my attention. On the case it was ‘THE CURE – CONCERT’. It was a thunderbolt, Shake Dog Shake immediately struck me and is still one of my favourite Cure songs (and after many concerts I finally had the pleasure of hearing it live in 2012 in Milan).

And here comes Silvio, a boy I’ve never knew: Silvio in that summer of 1986 was 21 years old and, in the valley where I lived at the time, he was a boy who stood out from other boys of his age: he wore black, with his boots on even in the middle of July and his crested hair. It was Silvio who introduced my sister to the Cure, as well as Bauhaus, Joy Division, Cult, and it was he who recorded and gave her that CONCERT cassette. It was thanks to him that I met the Cure, but I didn’t know Silvio and I never would.

In September 1986, while we were on holiday at the seaside, my sister and I found the Standing on a Beach cassette in one of those typical tourist shops, with book-shaped cassette displays hanging outside. You have to understand that I had absolutely no idea what the Cure looked like, so to find an old man’s frown and wrinkled forehead on the cover left me rather perplexed, but once again it was the music that made the difference: I still have in my mind walks on the beach on rainy days with the soundtrack of Killing an Arab, A Forest, Charlotte Sometimes and all the other hits on that anthology, not to mention the wonderful “unavailable”  b-sides.

In the autumn of 1986 my passion for the Cure continued to grow but where I lived there weren’t many record shops so my hunger for music was satisfied with other recorded cassettes that kept arriving at my house, including a legendary Sony bhf 90 with The Top on side A and The Head on the Door on side B (always recorded  by Silvio).

December 30, 1986, a car with 4 people on board fell into the freezing waters of Ledro Lake, three of them manage to get out of the car and save themselves, but one of them couldn’t swim and died at 21 years old, his name was Silvio. Tragic destiny, so many Cure songs talk about death in water and on a cold December night Silvio went away just like that… From that moment on that music that I had known thanks to him became even more intense, the need to understand the meaning of the words of those songs was born in me and so, self-taught (I studied German at school) I started to study English and translate those lyrics.

1989: Disintegration came out in the spring, this time I found it in a shop in the town where I was in the first year of high school. I bought the cassette because there were two more songs on it (Last Dance and Homesick), and I remember perfectly that May evening when I put it in the stereo and Plainsong came on. WOW!!! And then the lyrics, the words and once again the water and the death in water…and the thought again to Silvio, that boy I had never met, but thanks to whom I had known the Cure. That summer I had my first means of transport, a bike, and I often left home with my Walkman and Disintegration as a soundtrack, I went around the lake and when I arrived at the point where Silvio had drowned, I stopped in front of the tombstone and listened to a different song each time as if he could hear it with me…”Listen to the record they made, I didn’t know you but I’m sure you would have loved it…”

Some time ago, while moving house, I found a box full of cassettes and I happened to have in my hands that sony bhf 90 with The Top and The Head on the Door recorded years before by Silvio, I opened it and noticed that my sister, after that tragic accident, wrote this sentence inside: “Silvio, this is your voice and as long as this is there, you will never die” That voice still resonates after so many years: these flowers will never die…