A little about our Cureators

Cure News was the free official publication of The Cure's International Information Service from 1986-2000. Each issue was compiled by Janie Webber and then by Chris White.

I first discovered The Cure in 1982 when I heard Charlotte Sometimes – and instantly loved it. Back then I was regularly in the audience at Top of the Pops. When The Cure were on, I plucked up the courage and asked Andy Anderson to give Robert some Love Cats badges I’d made. Robert asked Andy where I was, then came over to thank me. I joined the band for a drink in the bar afterwards - and that was that. I “knew” The Cure! It was 10 November 1983. Over the next couple of years I continued to be at every TOTP appearance, and turned up at rehearsals where they’d graciously let me in. The first live shows I saw were at Hammersmith Odeon in 1984.

I approached Fiction and asked if I could run a new fan club – which was more in touch with the fans than the current club run by the merchandising company. It was agreed, without much discussion, that I could take it on. I was given several sacks of fan mail to take home with me and The Cure International Information Service was born. The idea was that the publication – Cure News – would be like a fanzine – homemade, personal and not too polished. The only guidance I was ever given was an instruction not to use capital letters…anywhere! In those days there were no computers; everything was typed on a typewriter – mistakes were Tippexed out, and the master copy was then photocopied thousands of times! I would receive hundreds of letters weekly - every single one of them was read and dealt with - requests for signed photos, questions to ask the band, presents to be forwarded, and some weird stuff. Letter written in blood (check), envelope of “freshly squashed flies” (check). Fans would have to send addressed envelopes - I would accumulate thousands and they would be stashed away all over my home. When the mailout came, I would spend 2-3 days solidly stuffing envelopes and lugging sacks to the post office! In the ideal world these publications would have been regular, but coordinating things with band - who were often away - was difficult and news usually made the mainstream music press before the International Information Service could circulate it. By Cure News 9 I had access to a word processor, even though there was no design software available, it at least made the typing easier!

I met Chris in 1991 – in a traffic jam, on my way to the Fiction offices. He shouted at me “you’re Janie aren’t you?” - it was a big clue that I was playing the latest Cure single ahead of its release! We met up many times and eventually lived together – running things between the two of us. It was great to be able to share the workload. Chris and I separated in 1997, but continued to be the best of friends. It seemed natural to me that Chris should take on the running of the service; my life had changed and I was no longer able to give it my all. I wrote to Robert to explain … and my letter crossed with a delivery he was sending me - my very own Apple Mac! … after all those years of trying to make do, I finally got my own computer - which I handed straight over to Chris!

Over the 11 years that I ran the service I was so lucky, I went to such exclusive events; TV shows, concerts all over the place, signings, end of tour parties, Christmas parties … oh, and weddings. I really miss being on the ‘inside’ of Team Cure – but I’m happy that so many fans who I met along the way are now good personal friends.

Over the years, Chris and I have regularly talked about getting the Cure News archive online; much of it is already available, but not in one dedicated location. We hope you enjoy reading it, as much as we’ve enjoyed revisiting it. Who knows, in the future, and if the demand is there, maybe we’d be able to get a digital version of Cure News up and running again - and it would be so much more enjoyable to work on without the need for stuffing envelopes and licking stamps! 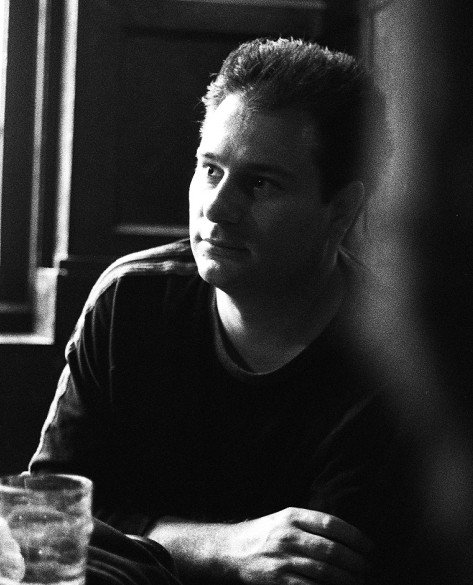 I was given a cassette tape with 17 Seconds on one side and Faith on the other by my friend Paul who was a big influence on me. I had no older brother to steal records from so Paul was my taste-maker. I went to school opposite a record store, saw the Pornography album poster in the window, and bought it on the day it was released.

When we left school, Paul started working for the BBC maintaining Daleks on Dr Who and the Top of The Pops studio lights. We used to hang out in the BBC bar after the show and this is where I first met The Cure. They had performed 'In Between Days' in that evening's show.

The band were very kind and, in conversation, I mentioned that I was planning to see as many shows on their coming tour as possible. Robert said I should come and say hello. I took myself off to the Head on the Door UK shows arriving at my hotel in St. Austel, Cornwall on 8th September 1985. The receptionist told me they had a band staying that night. After the show I knocked on the backstage door telling security that Robert was expecting me.

I was taken into a dark candlelit dressing room and spent time talking with Robert. As I left the venue the tour bus went past me up the hill and off into the distance. When I got back to my hotel the bus was parked outside! The band were in the bar enjoying a few drinks and welcomed me to join them. A few weeks later the British pop magazine 'Smash Hits!' interviewed Robert on the tour bus, writing that the band had spent the first two dates as one big party.

Fast forward a few more Cure years.... I was on my way to visit a friend in London who was recovering from a motorcycle accident. Stopping at the traffic lights on the Euston Road I pulled up next to a girl in a car blasting out Cure songs. I recognised Janie instantly, having seen her picture in 'Sounds' newspaper with an interview on collecting and Cure News (which I was already subscribed to). We started a relationship soon after - not the first or the last to start from a shared love of The Cure!

I began helping with the fan mail. Every Saturday morning the postman delivered 3-4 sacks of mail which needed sorting through. Janie and I had many Cure experiences together and I can only reflect on happy times, many tours, and great shows. We went our separate ways in 1997 and I flew to New York to met the band for the Irvine Plaza show on Halloween. Because Janie had other commitments, I asked Robert if I could take over the newsletter. When I got home, I threw myself head first into the task of producing a fanzine which I soon discovered was a big job. I would call Janie often to ask her advice.

With a change of style and a bit more input from Fiction Records the service grew and grew. I had added help from my friends Ange (who assisted with the design and layout) and Lyse (helping me with the fan mail and taking photos at shows).  After several successful issues I was given the job of maintaining the fan mail directed to 'thecure.com' website . This took up even more time and it became very clear that a paper publication would soon be redundant. Fiction Records closed and the band moved to a new record label, news became instant, and by the time I had started a new issue things had already moved on.

I had some of the best years of my life working with The Cure and  met some amazing friends along the way. Janie and I thought it would be a good time to look back on the work we did and share the Cure News Archive with you - especially if you are a younger fan who missed the newsletter first time around. Enjoy and I will see you at a show soon. 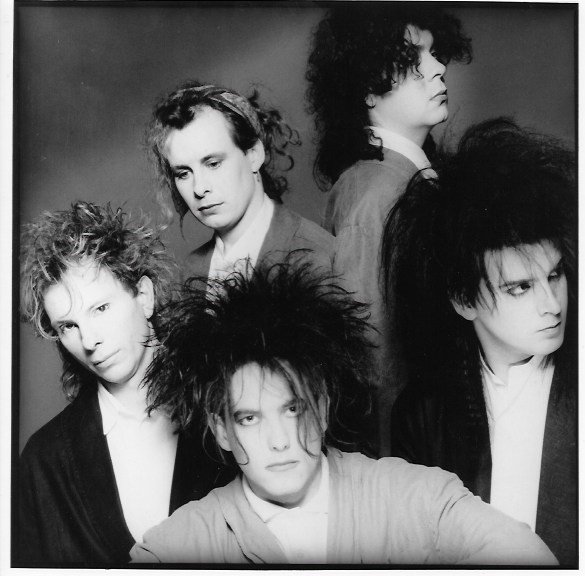 The Cure themselves generously (and uniquely!) funded the running of The International Information Service and the publication of Cure News, so it was always free to their fans.

To create this archive website we have personally paid for the design, hosting and maintenance.  It is something we have wanted to do for many years, and we are not seeking to make any money from it.

If you have enjoyed  browsing the site and want to tip us a few pennies or cents, towards our set up and on-going costs, please click on the button below.

We only hope to cover our actual outgoings, we have given all our time for nothing, and in the event we recoup our outgoings any surplus funds will be donated to our nominated charity The Beachy Head Chaplaincy Team - Registered Charity Number 1098885 - a small and specialist search and rescue charity that seeks to save lives and support people in desperate need of help at Beachy Head, East Sussex England.