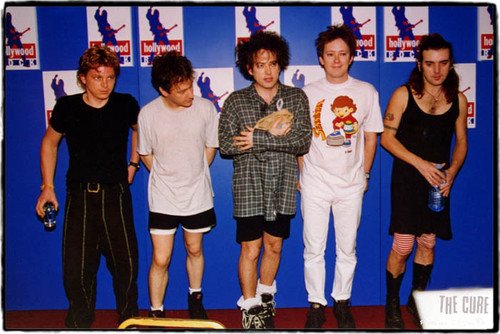 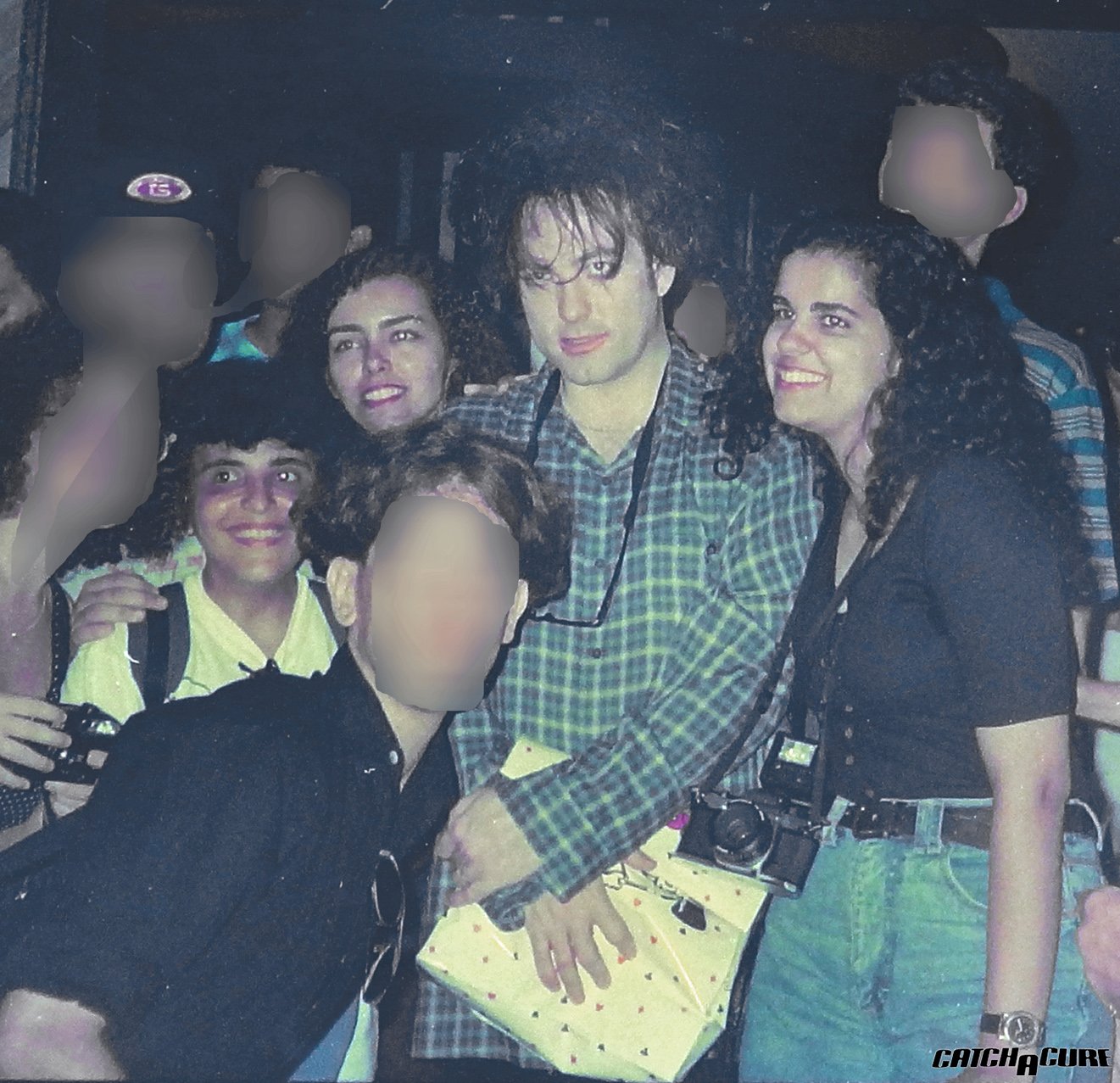 I started the fanzine Catch A Cure (now online as https://www. facebook.com/shadowcatchacure and https://greycoll.wixsite.com/catch-a-cure) with two close friends, Diva Louzada and Jussara Neves. When we knew about an Australian petition that had worked around 1995, we decided to do the same… but to get the 20,000+ signatures we had to involve some friends from other Brazilian states (as we live in Rio de Janeiro).

It was an adventure itself, waiting for the mail, carrying sheets of paper and pens wherever we went, standing outside record shops, asking strangers to sign, even on queues for other bands’ concerts  getting some odd looks and “no”s on the way! When we reached this number we wrote to Fiction, sending the original sheets and just prayed. Then…

We received a handwritten letter by Perry Bamonte, kindly saying that it had worked! We died for a moment then revived just to wait for The Cure!
They came, we met them in Sao Paulo (where we lost a pool match, as said by Perry later, due to the dozens of fans outside the hotel). We could attend the press conference in Rio, where we briefly died again when Robert said that “the only reason” they came to Brazil was the petition!  Back to life again we interviewed them and organized a fanzine party too where Simon Gallup attended. Robert, Simon, Roger, Perry and Jason were all so kind to us – but I guess it’s not a surprise – and we even got the small drum kit as a gift (from the unreleased Mint Car video) from the hands of Daryl Bamonte. 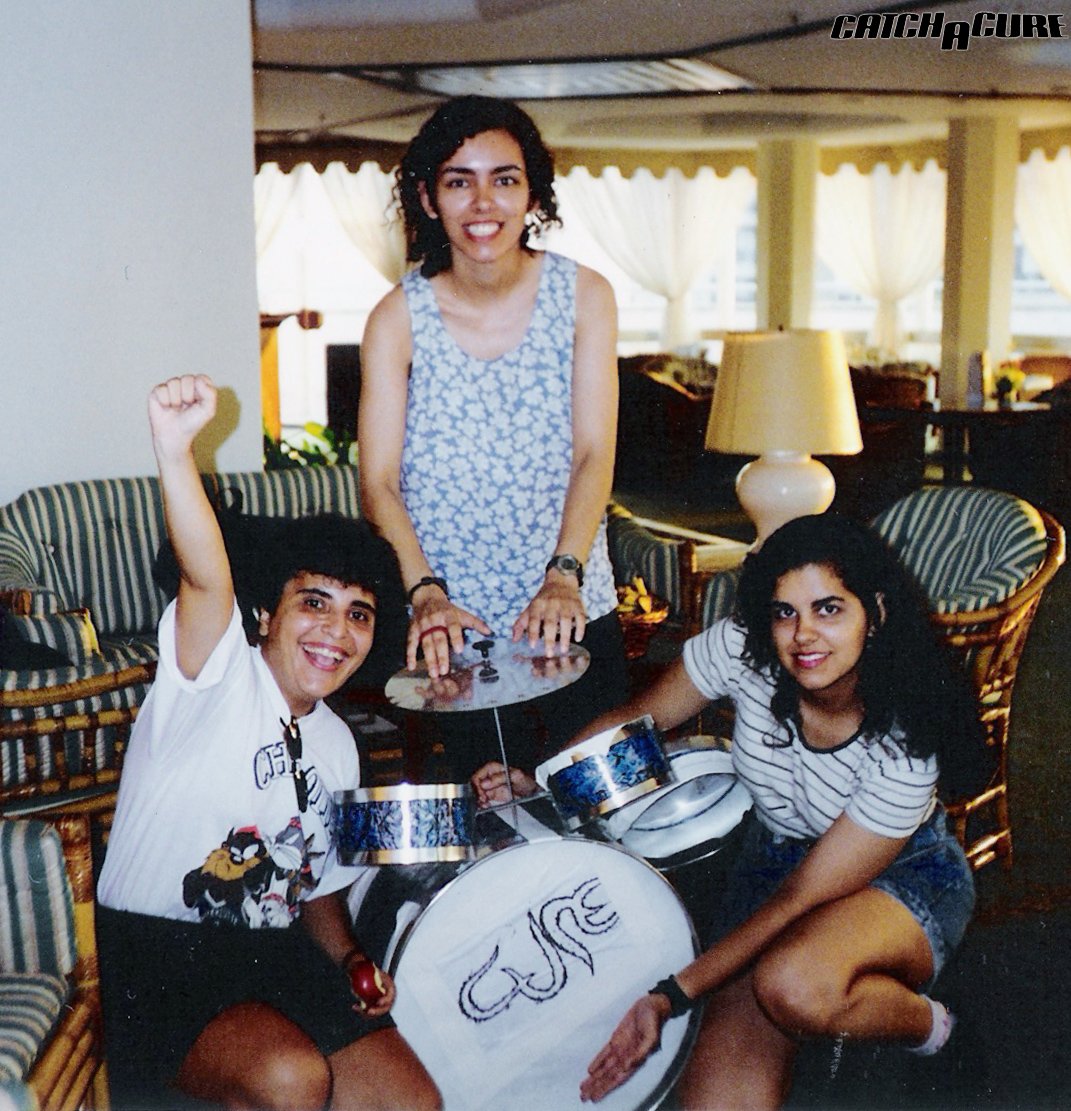 As things couldn’t be more like a dream, Robert dedicated “Charlotte Sometimes” to Catch A Cure as a surprise for us (during the Rio concert), because we’ve said that this was our favourite song! The only “bad” part is that I was too shy to ask him for a photo with me… well… s*** happens hehehe

Wow! I guess I summed it up… or not heheh

(photo credit: Milton Santos: people, from left: Jussara Neves, Jacira S. Collaço, Robert Smith (duh), Diva Louzada; and
– CaCand Drums.jpg – we, Catch A Cure, waiting for the band to come back from another photo session at Robert’s hotel room for our interview. At this point, we didn’t know we’d get the drums, but our happiness and astonishment is kinda visible !!!)
Cure love and many thanks,