Skip forward to my early adult year in college. The Cure were playing in my state’s capital (Brisbane, Australia) at a musical festival.
Could I go. No. Was I pissed off. Yes. Next time they came to Brisbane I was living there. Could I see them. No. Why? Because I was sick. And over the years I’ve missed every other opportunity for one reason or another to see them. 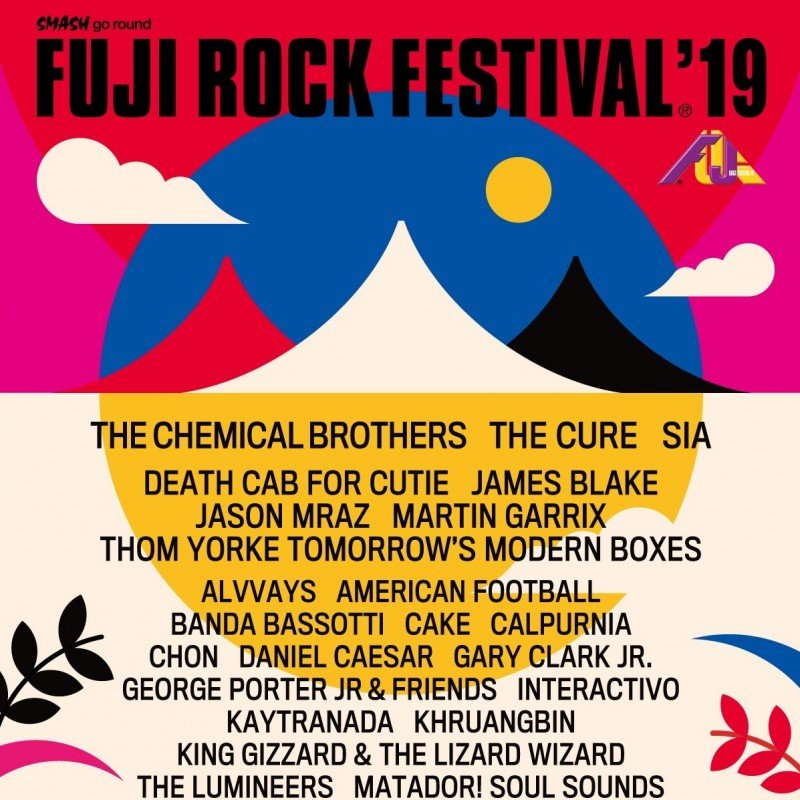 You see, now I live in Japan and the moment I heard they were playing Fuji Rock I took annual leave from work and the moment tickets went on sale, I bought one.

Then panic set in. I don’t know any Cure fans in Japan. Fuji Festival is a really, really long way from the city I live in. My Japanese sucks. I was almost thinking of not going, despite buying a ticket. Then a friend told me a mutual Japanese friend of ours was going and that I could hang out with her during the festival.

So I went out and bought all the goodies one might want and be able to carry to a weekend long musical festival.

I bought the bus/fest.ticket combo. So I was looking at an 11hr bus ride just to get to Nigata where the festival is. Luckily it was a night bus so I was able to sleep for a lot of the trip.

So on the departure day a big typhoon was hitting parts of Japan. So I head off to the closest major city to catch the Fuji Fest. Bus. It’s pouring down. It’s windy. I’m getting saturated and I can’t find the bus.

Departure time is getting closer. I’m bawling my eyes out. So I decide to go to the police stand that is near the bus depot. They point me in the direction of the bus stop. I get there. No Fuji bus. I ask one bus driver in my shittiest Japanese. “Kono bus Fuji Rokku ikimasuka?”

After several other failed attempts, I was just about to give up when I saw a bus further down, parked in front of some hedges.

Last chance. I said to myself. There is no signage on the street, let alone on the bus to indicate this is the bus I need to get on.

One more time, in Japanese , I ask, is this bus going to Fuji Rock Festival. “Hai. Onamae oshiete kudasai. (Yes. Tell me your name)”
I could’ve have hugged the guy.

So I dump my bags in the baggage storage, take off my wet raincoat and jump on the bus. I was wet and emotionally and physically exhausted.
Thirty minutes later we’re on our way.

Now jump forward to arriving at the festival. I found my friend. I got there quite early, so I was luckily to be one of about 20 other waiting in line for the merchandise stand to open. Had my own and my friend, Glen’s orders to source.

Purchases made, my friend and I could finally relax and grab a morning beer.

Now, The Cure don’t play until late so we check out some other bands. It’s been intermittently raining and stinky hot all day. I didn’t drink a lot because I don’t want to miss a second of The Cure’s set (knowing it would be a long one) by going to the restroom.

The rain stopped just before they came on and only drizzled occasionally whilst they played. The moment Plainsong blared out of the speakers, my heart skipped several beats and I was in heaven.

It was the most awesome time in my life.

Getting to be one of the first in the world to see Eden step in for his dad felt like such an honour.

I was so unbelievably happy seeing and hearing them. I didn’t go up front. I stayed back on the hill. I cried. I danced. I sang. I sat. I screamed. I didn’t care who saw me. I was in my favourite place to be. Inside a Cure song.

Having waited more than 30 years to see my favourite band for the first time, and for them to put on such an awesome show can’t be beat. Well maybe it can, by them. But for now I am happy with this. Even if I never get to see them live again. I have this.