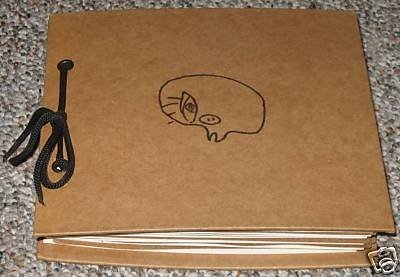 The Pink Pig experience
I have listened to The Cure since I was young. I have many The Cure related memories. Here’s some of them..

When I was young I listened to The Cure a lot. One day my mother told me that the daughter of one of her colleagues was a Cure fan, but that she wanted to give away much of her The Cure merchandise. So one evening my mother and I went to their place and I was welcomed into the daughter’s room. In my room I had Cure CDs and LPs, but no unofficial live recording. Here I saw a black vinyl cover with Robert’s face. A double vinyl live recording from the Kiss Me tour, and a small tee shirt from the same tour. A black and white The Cure scarf. More The Cure tee shirts that I later wore out. And posters too. All of this was suddenly mine. I couldn’t be thankful enough.

In 1992 I dreamed myself away by listening to the wonderful Wish era songs, the  EPs and the album. In September that year The Cure played in Oslo, Norway, one hundred km from where I lived. I was to go there with one of the other boys in my class at school. He knew another couple very much into the band, and we all went there together. My father drove us there. Just before the concert my aunt gave me a home knit sweater she had just made. It was all black except in white, the letters The Cure. I bought the tour program, and kept it inside the sweater. It got warm inside the wool sweater, and that made marks on the program visible to this day. I still have the sweater too, and it still fits me.
The Pink Pig experience: I was so much on the web at the time, and I searched and read so much about the band. When I read about the Pink Pig project I just wanted to be a part of that. I had an electric guitar and an amp, but couldn’t really play on it. One of my best friends had an electric guitar, a keyboard, a microphone and a recording device. When I mentioned the project for him, and that I wanted us to take a part in it, he was all in for it too. Quite a few of the songs in The Cure back catalog were already taken I think. For reasons I can’t remember we chose Fight, and I remember I listened to that song a lot after we chose to record that song. We spent some days recording it. Freddy played keyboard and guitar, I handled the recording device, wrote time values on pieces of paper and knit the recorded fragments together. And after the music was done, we recorded his vocals.When The Cure came to play in Oslo in 2008 I went there to see them together with the same friend with whom I recorded the song for the Pink Pig project. Before or during A Forest, the last song of the first encore, my friend needed to visit the men’s room. When he came out from that room, he saw another man saying that the concert had ended, and he walked out of the venue. He knew nothing then that they were to play another two encores and eleven more songs that evening. When he had exited the venue he was unable to get inside again

“The Pink Pig experience: A Tribute To The Cure CD. This is actually the ULTIMATE Cure tribute collection. This set includes FOURTEEN CDs and includes covers of everything from their first album (and a few songs from before) up until Bloodflowers. Also, included are all the b-sides and rarities that were known at the time Bloodflowers was released. This is definitely a major Cure tribute set!!! This is also severely limited and not something that it easy to find. “
Tormod
Share this letter