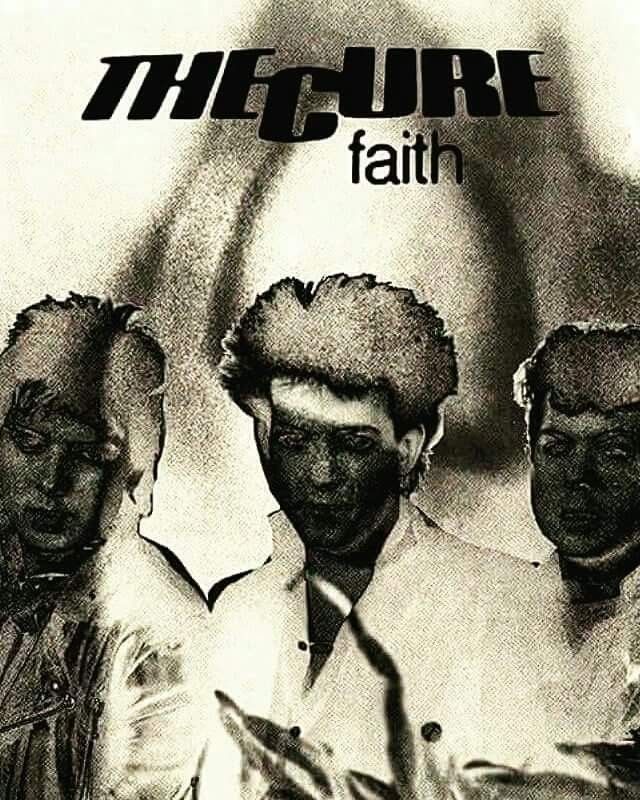 The Cure entered my life during the latter part of 1980.

For a teenager living in a sleepy village in West Sussex (not far from where The Cure were formed), my only reliable source of new music was the late evening show on BBC Radio One, in 1980 John Peel played A Forest and I was hooked, it was a life changing moment.  I managed to get hold of a copy of the Seventeen Seconds album, from somewhere, I don’t remember where, it had a “Limited Edition” sticker on the top right-hand corner, so I knew it was special.  I played it to death, obviously I loved the more accessible tracks like A Forest (with its longer intro which I hadn’t heard on the radio), Play for Today and M but what really hooked me were the darker songs, particularly In Your House and At Night.  I had seen interviews in the music press and seen photos of the band, they looked a bit like me – but then in 1980, those of us interested in post punk music all looked a bit like that.

In April 1981, again on BBC Radio One, when the band was being interviewed for a Saturday afternoon show called Rock On, the interview was intriguing, Robert was intriguing, and they played some songs from the forthcoming album called Faith – they sounded a bit like the darker songs from Seventeen Seconds, so I knew I needed to hear this album.  I caught the bus into Horsham and went to Boots (the Chemist), the only place in Horsham where you could buy records and obviously, they didn’t have it – I had to order it.  The following Saturday I was back on the bus to collect it.  I got it home and dropped the stylus on the opening song and The Holy Hour hit me. Simon’s clambering bass line seemed to entirely dominate the start of the song, the cool (I mean cool as in cold, not as in fashionable) sounding keyboard sound before Robert and Lol elegantly entered the song, it was prefect and I loved it, I loved the whole album, well except Doubt, but I could put up with one track I wasn’t that keen on.

In July 1981, suddenly, my dad died.  I found myself feeling alone, isolated, and probably a bit depressed.  Faith became my comfort blanket, I could lose myself in that record and frequently did, eerily, Robert’s lyrics were speaking to me directly.  John Peel replayed a session that the band had recorded earlier in the year, I was fascinated to hear the embryonic version of the songs with different lyrics and of course I heard Forever for the first time.  It feels weird to say but that set of songs remains part of me to this day.  I back tracked and got hold of Three Imaginary Boys and all the earlier singles and bought any 7” and 12” versions of A Forest and Primary and some rarer US releases as well.  I somehow learnt that you could contact the band through a PO Box called The Clinic.

I dropped them a letter, my 7” version of A Forest had a different cover to my 12” version and I wondered why.  Some weeks later I got my letter back, with notes on it from Robert, I mean not THE Robert surely?  I wrote back asking about some other albums I had picked up (bootlegs like Girls Don’t Cry – I had started collecting anything Cure related by then, including a large collection of gig bootlegs on cassette, which I still have obviously).  In response I got another letter from Robert, this went on for a while, I mentioned I was learning to play the guitar and Robert sent some chord shapes to the song M!  I can still play it now, so in a way Robert taught me to play the guitar.

Charlotte Sometimes appeared from nowhere in October 1981, accompanied by (as far as I can remember) the band’s first proper video, a slightly awkward affair filmed in an old sanitorium.  I bought the 7” and 12” versions, the latter included a live version of Faith, again, I played it to death. I had also got hold of a cassette version of the album Faith which included the Carnage Visors soundtrack – another piece of music that I could get absorbed into.

Later in 1981, the band did another John Peel Session with skeletal versions of some of the songs that would later appear on Pornography, these songs were possibly even darker so I placed an advance order with a record shop advertising in the back of Sounds or NME, this next album I really wanted to hear – I was fascinated to see where the journey would go next.

The album duly arrived in the post, I found it one evening leaning against the front door. Pornography, to me, was a masterwork, I played it endlessly, like and angry version of Faith, the title track was a perfect end to the album – I had no idea where they could go from there. Seventeen Seconds, Faith and Pornography were perfect trinity of albums.

We all know what happened next, understandably, and probably necessarily, The Cure entered a new era, Simon had left and Robert and Lol were making, what I now realise were a series of perfect pop songs.  I wasn’t a fan and childishly I told Robert so in a letter, he responded “But Simon, the records don’t disappear”, he was of course right.

Simon had joined Fools Dance by now and they were playing an open-air gig at Reigate Castle grounds (I can’t remember the date), but as this was just up the road, I went along.  They were excellent and I ended chatting with him after the gig, he was charming, and he put up with a whole load of clumsy and stupid questions from me and he stood talking to me for much longer than he needed to. A nice man.

My correspondence with Robert waned, the last thing he sent was a Christmas Card from Japan (I think) in 1983 but I did get a couple of more lengthy letters (by Robert’s standards anyway) from Lol as well, very personal, and chatty – I treasure these as well.

Whilst I’m still a fan of The Cure and I will always listen to anything the band releases, nothing will ever touch that period of 1980-1982 for me.  I know that Disintegration is an absolute monster of an album, Wish too and there are many songs that I dearly love but as far as collections of songs go, Seventeen Seconds, Faith and Pornography were the glory years and absolute zenith of their musical achievement.

I did bump into Simon some years later, I was on my way to London on business and he got on the train at Gatwick and sat next to me, he looked tired, and I chose not to say anything to him, I don’t regret that, I’m not sure he would have appreciated it. He got off at Horley.

As a footnote to this, I did learn to play the guitar and later formed my own band and then went onto make a couple of solo albums.  I don’t think what I do musically sounds anything like The Cure, but I think that’s a good thing, I was inspired to create something of my own (even if the bands name The Collector was partly inspired by a Fools Dance song title).