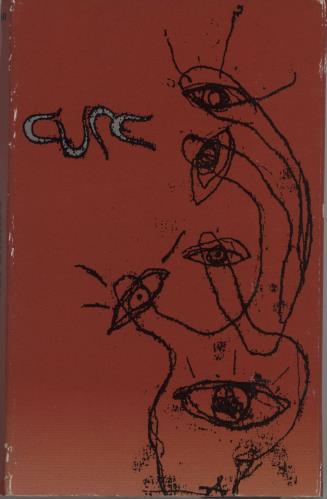 Released in 1994 as a limited edition 5000 only cassette mail order only in Cure News 15. Four instrumental tracks taken from the Wish sessions at the Manor Studios, Winter 1991.: Uyea Sound / Cloudberry / Off to Sleep... / The Three Sisters.

Lost Wishes' was released by The Cure as a mail-order only limited cassette of instrumental recordings from the Wish sessions on November 17th, 1994. The cassette was only available via the Cure information service.
'Lost Wishes' 'will never be available 'over the counter' and is available by completing the order form on the back page of this issue. A small charge of £4.00 per tape (EEC members) or £5.50 (outside EEC) will be made, with all the proceeds from the sale going to the Portsmouth Down's Syndrome trust.'
'Uyea Sound' would later become 'Underneath the Stars' the opener from the 4.13 Dream album.
"How did you arrive at the 'Lost Wishes' titles of 'Uyea Sound', 'Cloudberry', 'Off to Sleep' and 'The Three Sisters' - what is the inspiration behind each of these pieces?
Robert: 'Uyea Sound' was based around a Porl demo idea - it was called 'Old Scotland'... ('Uyea Sound' is a place in Scotland). 'Cloudberry' was based around one of my demo ideas - it was called ..... 'Cloudberry'! (a Scandinavian liqueur). 'Off to Sleep' was based around a Simon demo idea - it was called 'Off to Sleep'!. 'The Three Sisters' was based around a Teddy demo idea - it was called 'T3' (the third idea on his home demo tape) - I preferred 'The Three Sisters'."
Cure News 16, 1995
Share this treasure:
Take a look and click any image to start