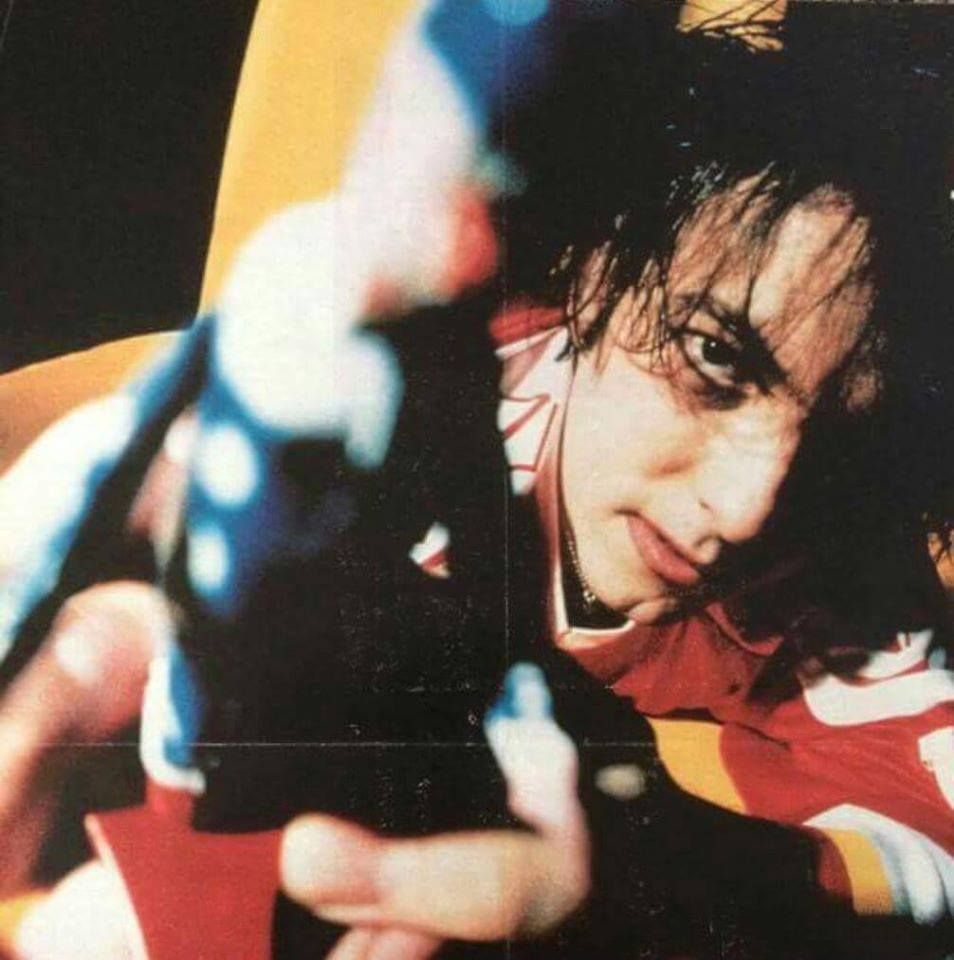 With the 25th Anniversay of Wild Mood Swings and the release of the vinyl Picture discs for Record store Day this weekend , we asked fans what they thought of the album following a quote on social media from DEK Magazine “Somehow failed to find its way into fans’ affections” Peronally this album holds a lot of memories for us both as we were at times very close to the band. We were invited to St.Catherines Court, Bath to hear them record the album over a weekend, Invited to be in the audience for The 13th & Mint Car video shoot (Featuring us both, Janie dressed as WAAF in the train with the band and us both in the party scene during Mint Car. We saw the band perform at all UK shows and some in Europe too. So, 25 years later here we are. It’s interesting what you all think about the album now?  Enjoy reading.

We have asked Andy Vella to answer some questions about the album and singles artwork, so hopfeully that will be posted here soon. 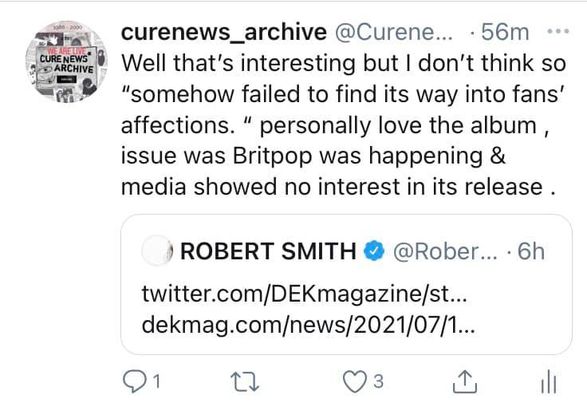 Truly underrated because of its pop soul. I think it perfectly describes Robert Smith’s writing through the years, I mean, it’s called ‘Wild Mood Swings’, after all. We have some dark moments, some rock moments, pretty varying pop tunes and neo-psychedelic vibes. The one track that I never liked is ‘Round & Round & Round’: every b-side of the WMS era would have been better than that, imho. But I love the album: ‘Want’ is a Cure classic now, ‘The 13th’ still remains the most unexpected and “daring” Cure single, considering its latin vibes, ‘Treasure’, ‘Numb’, ‘Trap’, ‘Jupiter Crash’, ‘Bare’ are gems. My favourite track is ‘Return’, tho

Moreover, it contains some of Robert Smith’s most personal lyrics ever written

when it first came out , i was unhappy with it , and especially disliked the track ” numb ” , but in the last couple of years , i have mellowed ( I’m 47 ) , and it’s the album i play the most now and ” numb ” is now an ok track for me , still prefer the song ” trap ” , thats always been one of my faves from the album

It is a wonderful album.

I think few fans have understood this.

A magnificent game of metaphors and secrets to be discovered. 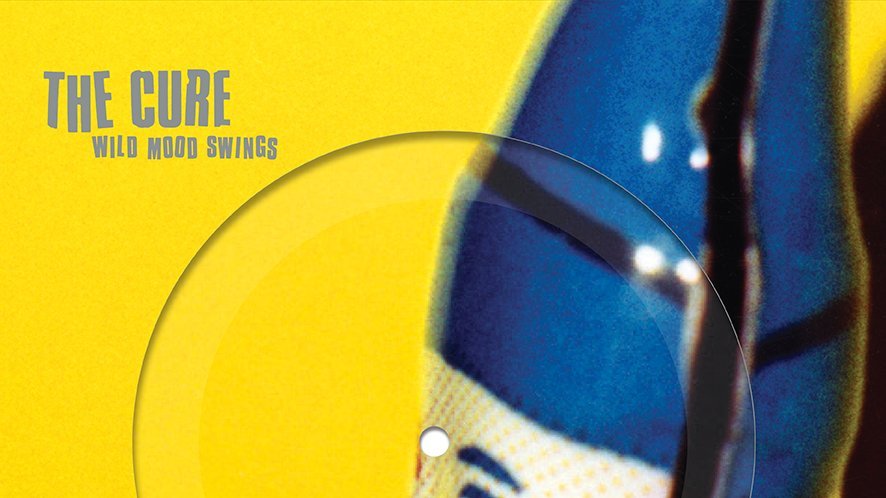 I don’t think it’s weak, but it’s not in my favourites. Love the artwork and I do like some songs from it… music speaks differently to people even if it comes from “same” band.

a record that divides opinion… bought it on vinyl and cd at the time plus the cd singles… my two penneth = the amazing album that is buried in there is called ‘bare’ side a: want, a pink dream, ocean, Jupiter crash, it used to be me; side b: adonais, waiting, home, this is a lie, treasure, bare

I’m not against post Boris/Pearl albums, Bloodflowers is one of my favourites but the sounds they were trying to play with on WMS didn’t work out for me. The songs didn’t feel like Cure songs, even Robert’s lyrics felt so odd. It didn’t have any atmosphere or subtleties; it was just abrasive quirky writing. I personally loved that shoegaze/dream pop stuff they played with during the wish era it disappoints me they did not continue that sound. It was an experiment that did not pay off. 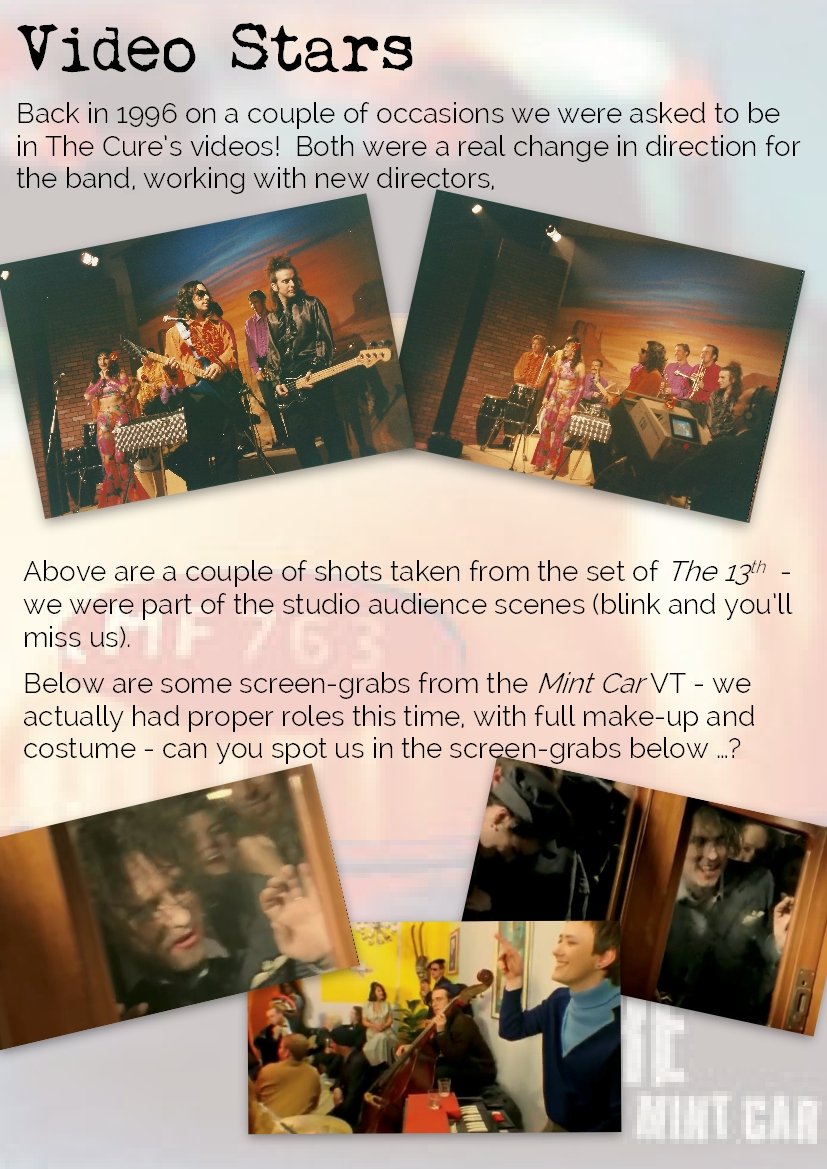 I had no time for britpop like Oasis and Suede, but WMS was the first Cure album that I didn’t connect with and the same with each subsequent one after. Moments here and there as albums it just wasn’t the same. For some people love it, and that’s cool too.

I love WMS. It had some songs that could have been swapped out for some of the strong B sides (ex. swap Round&Round with It Used to be Me). Though that is also true with other Cure albums. But some WMS songs are my favourites, such as Bare. I wish that one was played live still. I think my main complaint is the lack of focus, even the kaleidoscopic Kiss Me had a mood that dominated the album. But otherwise, it is a terribly underappreciated album.

I have a strange attraction for this album … There are moments that I can listen to it and others less so. However, there remains an important transition from the post wish and the preparation for blood flowers, a maturity in the lyrics and in any case a lot of love. 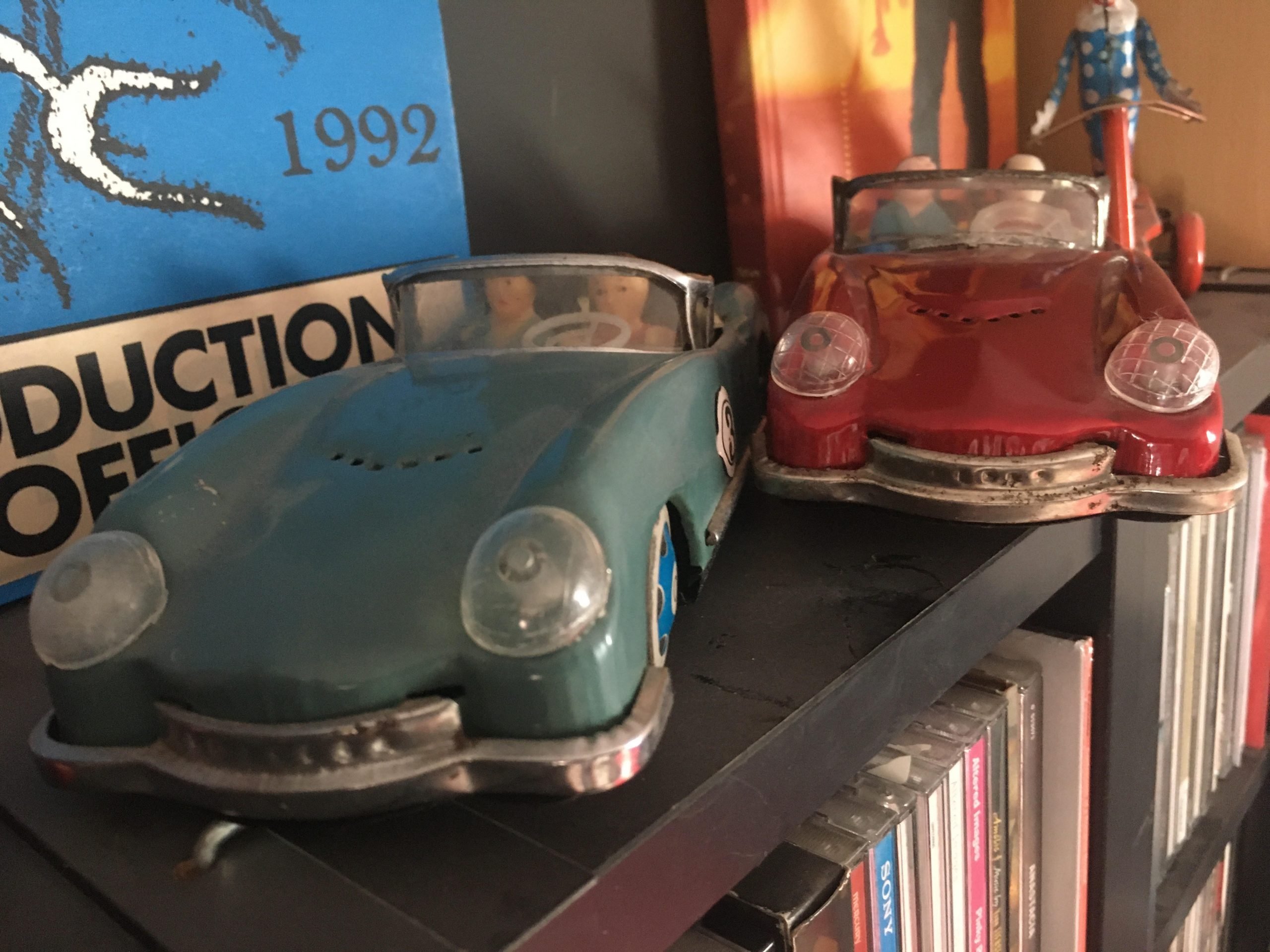 (Chris’s collection of tin toys. Mint car given to him by Fiction records)

I always remember when The 13th came out: I was in shock… It was the 1st new song/album since Wish and I thought it was some kind of joke. After that I felt better when WMS starts with Want… And a few days before that when It Used to be me was part of the Cd single. Not the best album, but enough to show The Cure were on tour again….

It’s the best sounding Cure album of the lot (form a production / sonic POV) , it also had loads of great songs too. I love it always have. 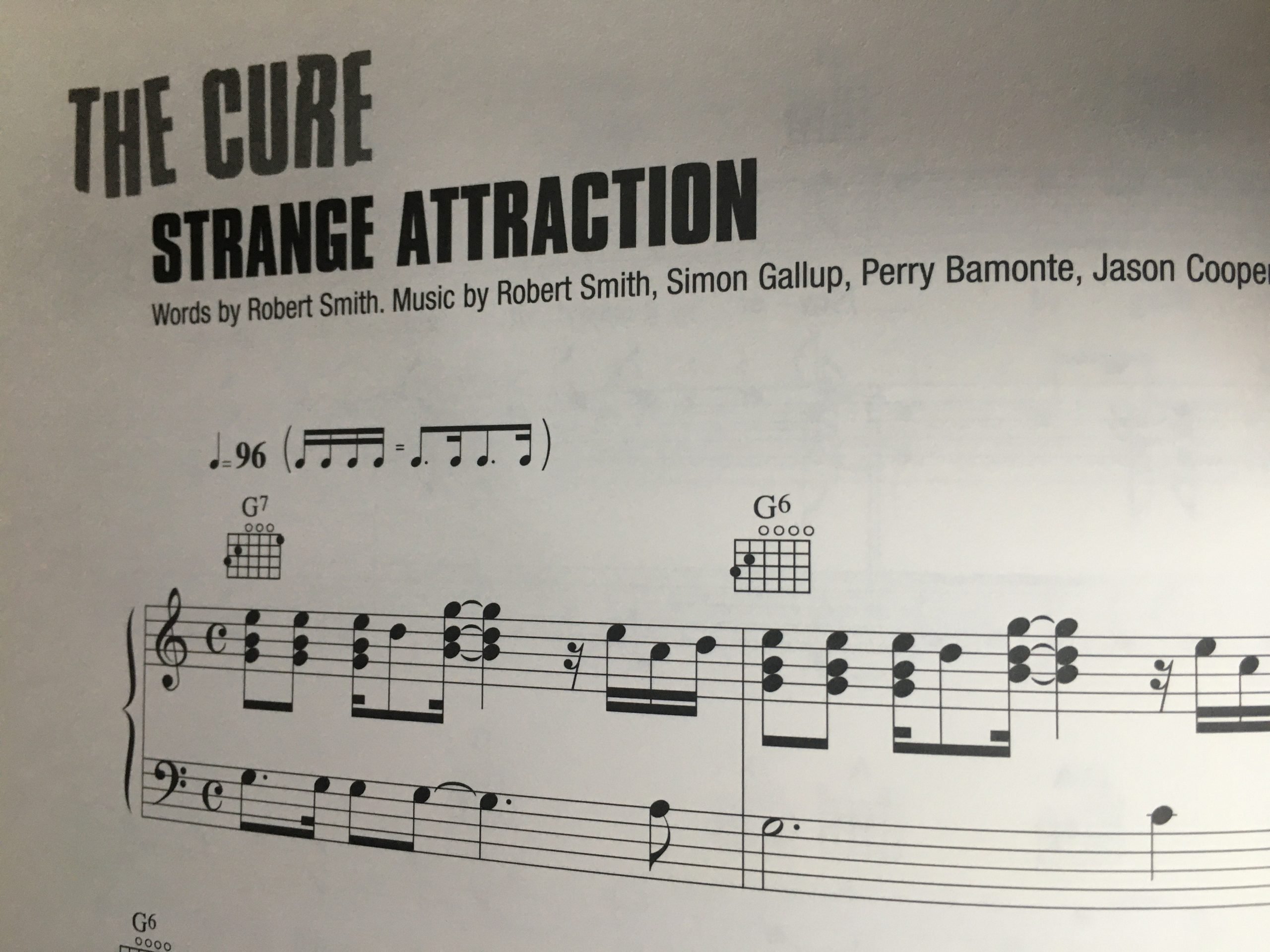 This album means so much to me, for many reasons. It was the first new album release I experienced as a super fan, which I became in 1994, after my parents divorced earlier that year when I was 14 and the last of 5 kids left at home.
Those next 2 years of my life were extremely dark and challenging for me and The Cure helped me through so much. Not long before I had every single album and then some and I was ready and excited for more!
In the spring of 1996, my now hubby and I started dating and there was suddenly a whole new meaning to my life. It was literally a time where I finally saw light at the end of a dark tunnel and felt SO many different emotions. The timing of when WMS released, within that next month or so, was absolutely perfect and just what I needed. I of course bought it on the day it released and listened to it repeatedly.
Within a couple weeks of its release, I had to drive and stay with my mom to get breast reduction surgery 8 hours away. We had to take my ’88 Nissan Sentra (I couldn’t yet drive a stick shift, which was her car) which only had tape deck, so I copied WMS on to a tape and while my Mom was recovering, I would drive around this town I was a complete stranger in and just blast it and lose myself in every single song.

I honestly had no idea what other super fans thought of it at the time, because I didn’t know many and I had no internet back then. All I knew is that I loved it and that’s all that mattered to me. Now, 25 years later and throughout, every time I listen to it, I am taken back to that wonderful time

in my life… I had my wonderful future hubby who showed me more love and support I’d ever had in my life (still does), I was going into my senior year in high school… AND when I heard that The Cure (for the first time EVER) was coming to Las Vegas (where I live/d) on the Swing tour, I about died! That was my very first Cure concert that summer. My now hubby and good friend went too and we had an amazing time! Sorry this is so long lol, but, yeah. Wonderful memories… the album is like a time capsule for me. 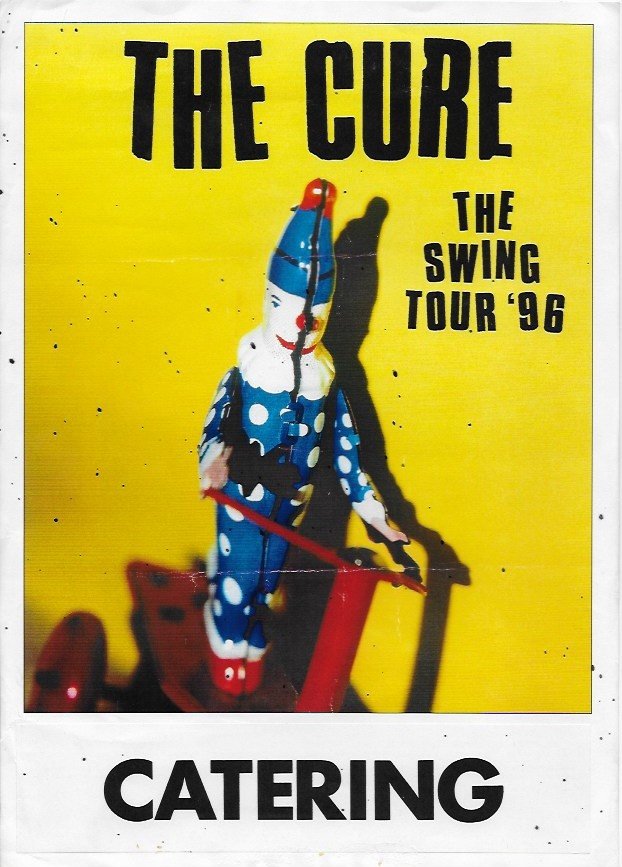 (Taken from the back stage dressing room by Chris, Earls Court, London)

I think the album’s lack of success was partially due to timing. Something you can’t predict. Britpop was all the rage, and all four British Mags were obsessed with the war of Oasis and Blur. Then you had the Rave Culture in the US. And Hip hop was on the rise. There simply was no room in mainstream media for an up and down album like WMS. The album, or an album structure as such, would do just fine now.
.
I liked the album when I heard it, but I did not love it. I thought it was over-produced. I thought much of the vocals were too far forward and bright. But I knew The Cure well enough by then, that I knew my final verdict would be determined by the songs played live. That turned out to be the tour that changed my life.